To Live is to Paint 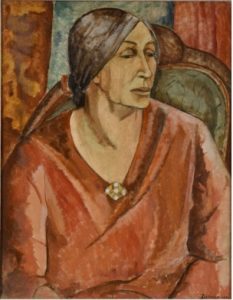 The Art Students League of New York is proud to present To Live is to Paint: Wilhelmina Weber Furlong, Dorothy Dehner and American Modernism, curated by the League’s 2022 guest curator, Jillian Russo. The exhibition explores the creative exchange between post-impressionist painter Wilhelmina Weber Furlong (1878-1962) and modernist painter and sculptor Dorothy Dehner (1901-1994), two trailblazing women who met at the League in 1925. To Live is to Paint follows Furlong’s and Dehner’s artistic influences from their extensive travels to their close friendships throughout the 1920s and 1930s.

Furlong and Dehner each traveled extensively before settling down in New York City and meeting each other at the League, where Furlong was a member of the board and Dehner was a student of Czech-American painter, Jan Matulka. More than twenty years Dehner’s senior, Furlong had worked in Paris between 1897-1906 where she met Picasso and was influenced by Cézanne and Matisse; from there, she went on to live in Mexico City between 1906-1913 where she was stirred by indigenous art and architecture. During her travels to Florence, Switzerland, and Paris, Dehner was exposed to Cubism, Fauvism, Constructivism, and Art Deco, which inspired her to pursue an artistic career. 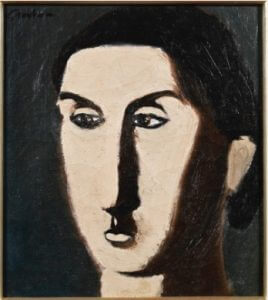 After arriving in New York in 1913, Furlong became a mentor and teacher to young artists, hosting a salon at her New York studio and an art colony at Golden Heart Farm in Lake George, which went on to become an influential place for both Furlong’s and Dehner’s work. It was here that Furlong introduced Dehner and her husband, David Smith, to an artistic circle that included many of the leaders of the New York avant-garde including John Graham, Stuart Davis, Arshile Gorky, Willem de Kooning, and Adolph Gottlieb. Furlong captured the beauty of the terrain in fauvist oil paintings such as Golden Heart Farm (ca. 1921-27) and Dehner created her masterful Life on the Farm series (1940-45) which chronicled her seasonal activities on the farm.

To Live is to Paint centers the work of Dehner and Furlong within the development of interwar modernism. During the 1920s and 1930s both women were at the forefront of developments in American abstract painting, but their support for their husbands’ artistic careers made it difficult for them to gain visibility for their own work. Dehner finally achieved recognition following her 1965 retrospective at the Jewish Museum, although her accomplishments have typically been overshadowed by Smith’s acclaim. Furlong’s contributions to the experiments in abstraction that were percolating between 1913 and 1935 have remained largely unrecognized until now.

Jillian Russo is a Brooklyn-based curator and art historian. She served as Curator for The Art Students League from 2013-2018 and as Director of Exhibitions at Hollis Taggart from 2019-2021. She has organized numerous exhibitions including Remnant Romance: Environmental Works, Idelle Weber and Aurora Robson, Knox Martin: Radical Structures, The Masters: Art Students League Teachers and their Students, and On the Front Lines: Military Veterans at The Art Students League of New York. She is a contributor to the Brooklyn Rail and has written articles for American Quarterly, CAA Reviews, and Panorama. She received her PhD in American art from the Graduate Center, CUNY.