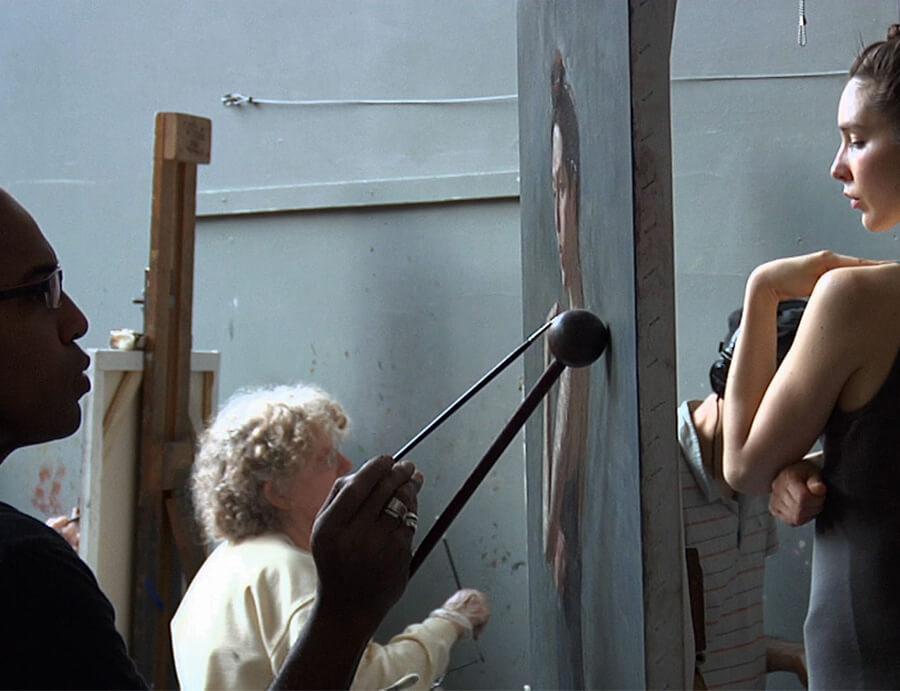 By Artists And Supporting
Artists Since 1875

The Art Students League of New York has been instrumental in shaping America’s legacy in the fine arts. Many renowned artists have trained and taught at the League. Today, more than 2,500 students of all ages, backgrounds and skill levels, study at the League each month. 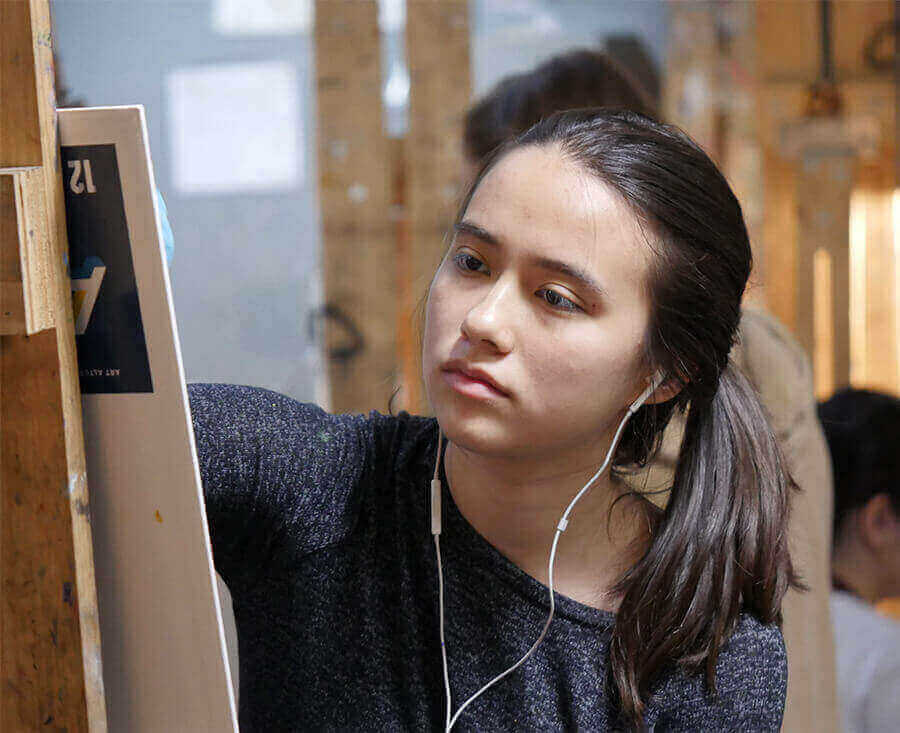 Home To Many Of The Greats;

And Those
Who Aspire
to be Great

Yes, O’Keeffe, Pollock, Rothko, Nevelson and Ai Weiwei studied here, along with scores of other prominent artists. But today’s students at the League share the same passions that those greats brought to their art. 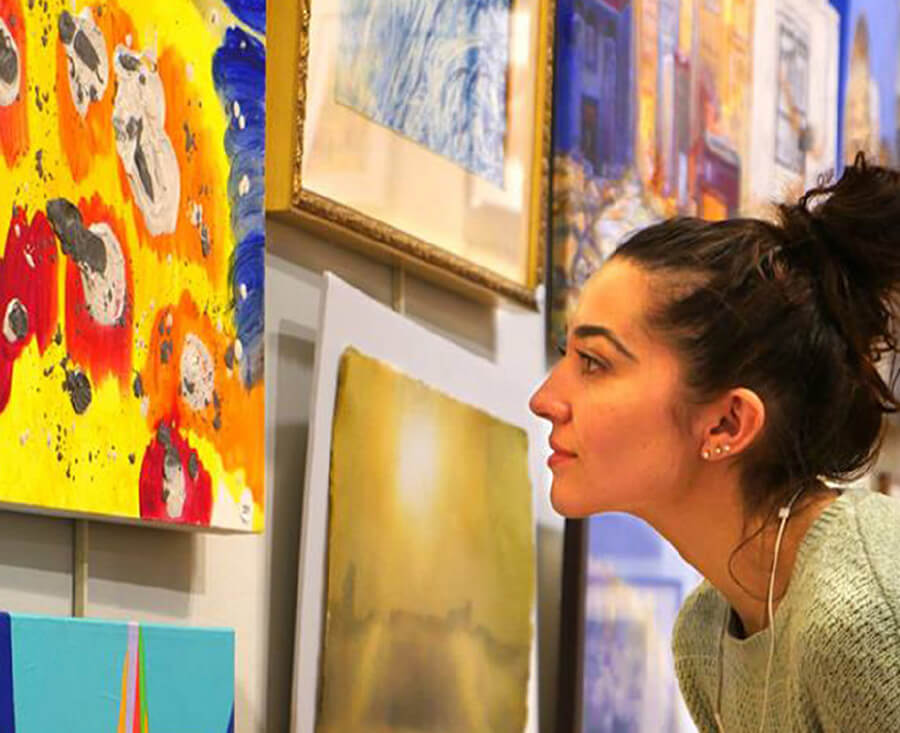 The League was founded by students breaking away from the National Academy of Design. That independent spirit remains at the League today, where students pursue their work unconstrained by dogma, politics or burdensome tuition. The format of ongoing monthly classes allows students to learn at their own pace from prominent artists who have a range of artistic philosophies. 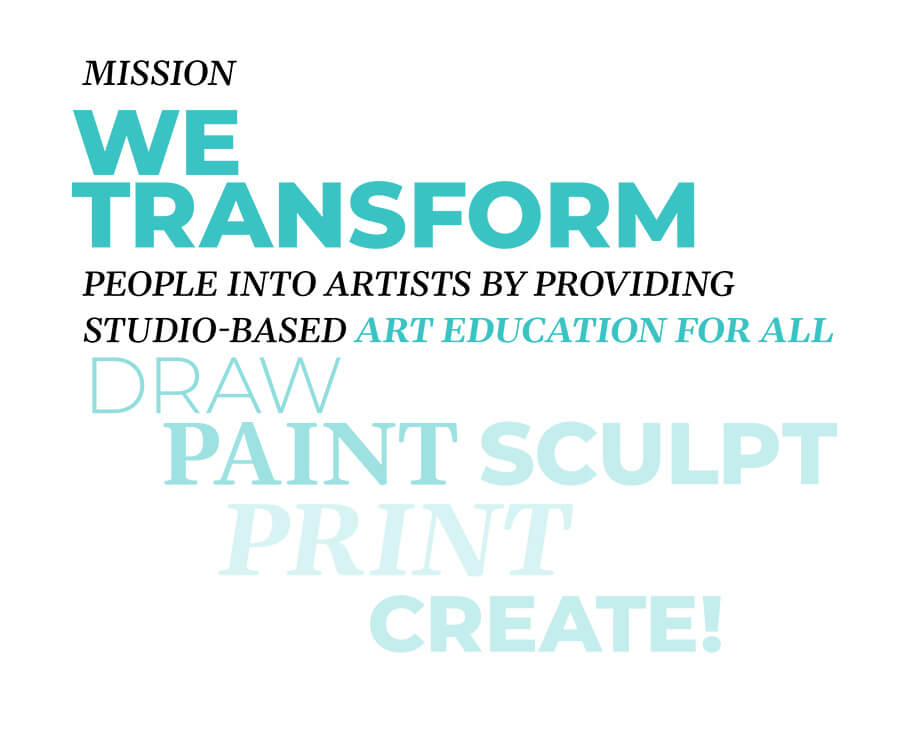 WITH MORE THAN 100 STUDIO CLASSES AND THE FLEXIBILITY TO START ANYTIME, League students make art from day one. League artists learn by doing, under the guidance of professional artist instructors. Free from a set curriculum and restrictive grading system, League students can focus on making art.

FOR ANYONE ON AN ARTISTIC JOURNEY,
THE FREEDOM TO FIND YOUR WAY IS HERE.

At The League, students follow their own path to develop artistically in a diverse community of artists. There are no applications or prerequisites. Course registration is by the month, and tuition is among the most affordable in New York City — allowing for long- standing engagement in the study and practice of art. 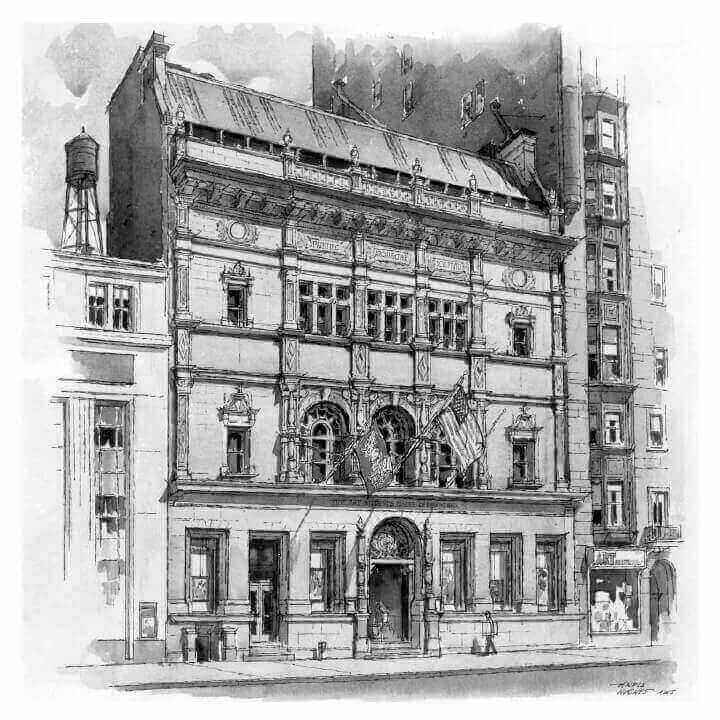 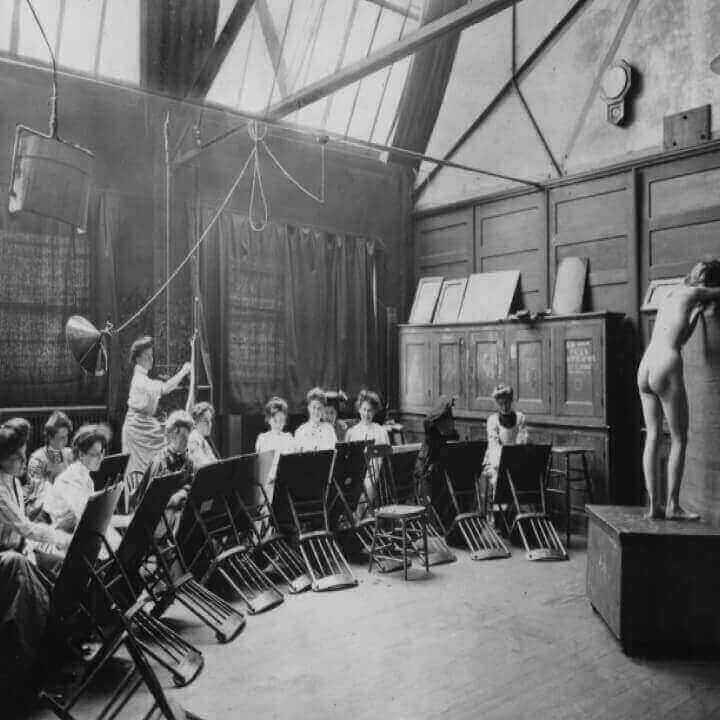 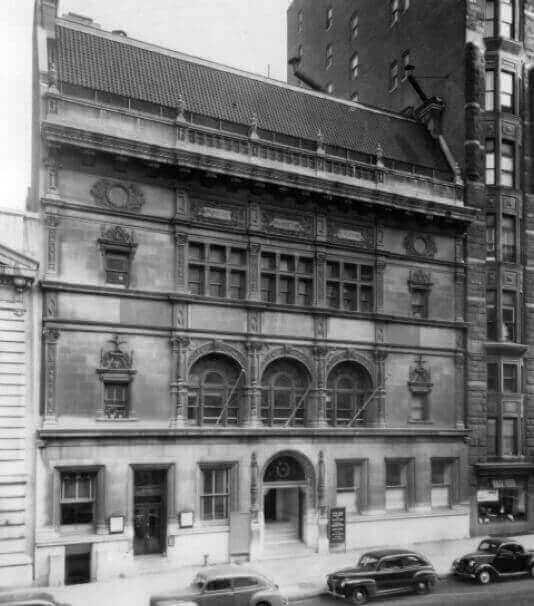 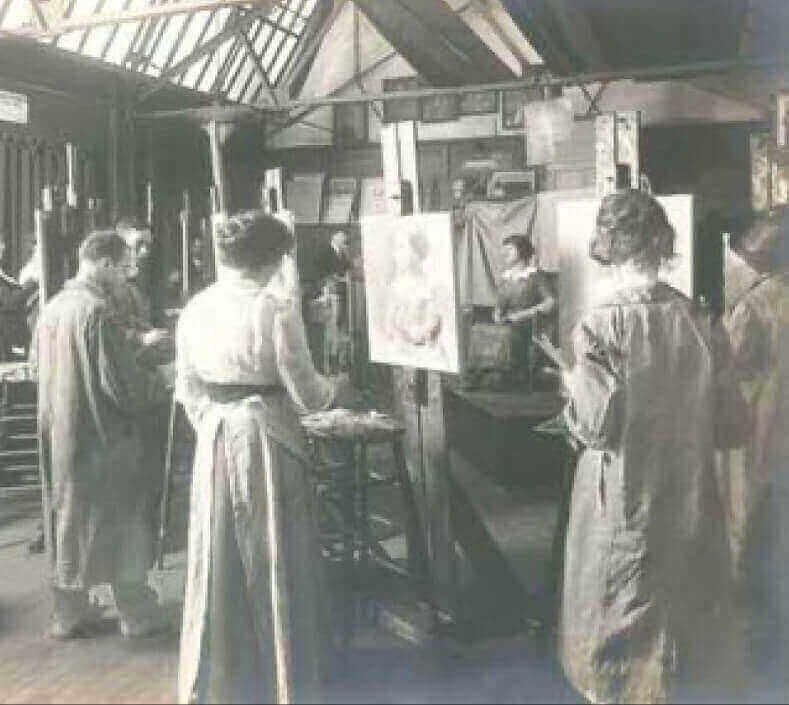 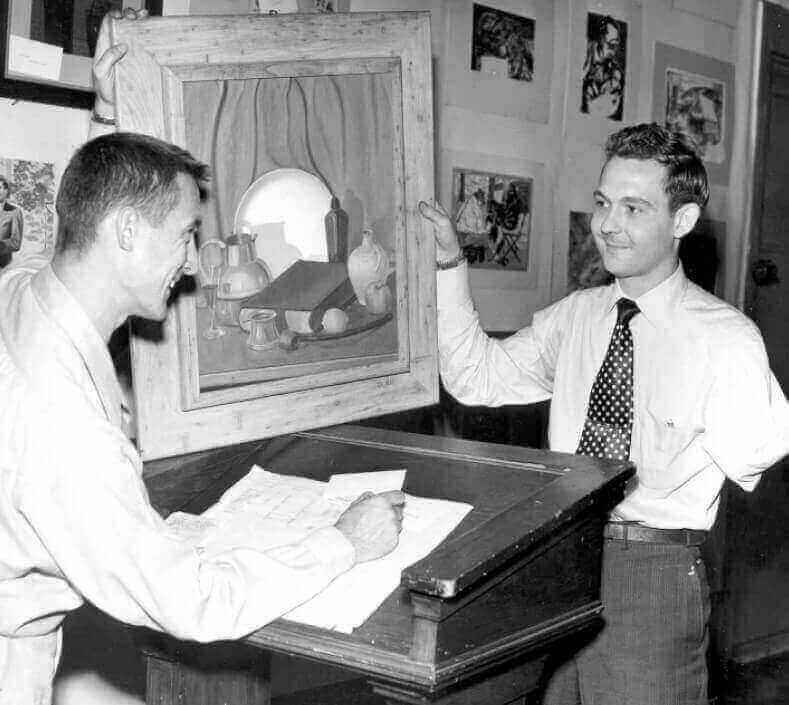 Founded by and for artists 140 years ago, the underlying principles set by the League’s founders have remained unchanged: emphasizing the importance of artistic creativity,

The Art Students League was founded in 1875 by a group of artists– almost all of whom were students at the National Academy of Design in New York City and many of whom were women. The artists declared their intention to found a new school by pinning a notice on the bulletin board of the Academy inviting students and instructors to attend a meeting. This occurred when it was rumored that the National Academy, due to financial difficulties, would cancel all classes temporarily, forcing students to forgo drawing from life for a significant period of time. Also at that time, in the post-Civil War era, New York City was rapidly becoming the artistic capital of the nation. However, many young artists, influenced by modern European developments, felt that the Academy’s instruction was too conservative and unsympathetic to their new ideas about art.

The League opened its school on the top floor of a building at the corner of Fifth Avenue and 16th Street. Classes were conducted in one small half-room. Lemuel E. Wilmarth, who taught at the National Academy of Design, was elected the first president of The Art Students League and became its first instructor. More students and artists joined, and by the end of the first season, the League was renting the entire floor. Courses were funded by membership fees alone. This was a unique policy that ensured the League’s ability to function as the only independent art school in the country, and the only one in which the life class, a crucial element, was available every weekday.
The League began and continues to be a collection of studios, each autonomous and directed by the creative authority and counsel of the individual instructor without interference from the administration – a tradition that ensures that students are able to choose among a wide range of modes of expression. This framework, based on the nineteenth- century French atelier system, enabled a pluralistic and inclusive education – one that cultivated both the technical and intellectual components essential to developing the skills of visual artists.

In 1878, League members voted to incorporate and to obtain a charter from the State of New York. With incorporation came a constitution and by-laws establishing a Board of Control, consisting of twelve officers, of which three must be students enrolled in the school. This revolutionary approach to running an art education institution, which remains in place today, assured students a central part in the future of the League and granted them power in making decisions that would affect their own development as artists.

Soon after the League was formed, young artists returning from Europe began to be engaged as teachers. Hence, from the start, the League consciously associated itself with a “modern” point of view that had great appeal among artists. The League prospered and moved on several occasions to accommodate rapid growth. Other growing art associations in New York united with the League to form the American Fine Arts Society, an independent group. Together with these and other influential arts organizations, the Art Students League planned to build a new landmark facility. A site was selected on 57th Street, between Broadway and Seventh Avenue and Henry J. Hardenbergh, known for his designs for the Plaza Hotel, was hired as the architect. The new building was completed in 1892, and became the League’s permanent headquarters. An exhibition gallery was later added to the building with funds provided by George W. Vanderbilt. This facility, the main campus of the League, was designated a New York City landmark in 1968 and has been listed on the National Register of Historic Places since 1980.

The Art Students League established a Vytlacil Campus that was funded by the family of the late artist and League instructor Vaclav Vytlacil. Located in historic Sparkill, New York, The League Residency at Vyt ran from 2007 until 2016, attracting artist from all around the world for four- or eight-week residencies.

In recent years, the League has further recommitted to its mission to train artists who wish to become professionals by creating other professional development programs that support 300 emerging artists each year: