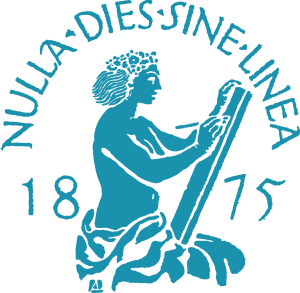 On September 4, The Board of Control approved the posting of the following   proposed Amendments to The League’s by-laws. There will be a Town Hall discussion of these proposals on Tuesday, September 21 at 6:00pm on Zoom. Information will be mailed to active Members.  Members will vote on these proposals at the October 6, Business Meeting of League Members to be held on Zoom. The proposals had been drafted by The League’s Constitutional Reform Committee (CRC).

1. Proposed Amendments of the By-Laws: Committees

Set forth below is a draft proposal to amend League’s By-Laws Concerning Committees. The proposal calls for a new By-Law to address necessary committees such as Audit. The CRC believes that By-Law XVI, which concerns an Entertainment Committee, has independent value; it represents some of the communal and fraternal history of the Art Students League. For this reason, the CRC recommends leaving By-Law XVI as a standalone By-Law though slightly amended as set forth below.

Below is By-Law XVI “Entertainment.” The recommended edits are in blue, underlined are additions and crossed out are deletions.

2. Proposed Amendments of the By-Laws: Non-Discrimination

Set forth below is a proposal to amend the League’s By-Laws concerning Non-Discrimination. The proposed amendment is for a new By-Law to replace Amendment 27. The amendment proposed is to the By-Laws as amended on April 21, 2021.

The League shall be governed and administered in a manner welcoming to all who are committed to the learning, teaching, and making of Art.

In all its dealings, neither the League nor its duly authorized agents shall discriminate against any individual or group for reasons of race, color, creed, sex, gender, age, ethnicity, national origin, marital status, sexual preference, disability, or any category protected by state or federal law.

3. Proposed Amendments of the By-Laws: Membership and Dues

Set forth below are draft amendments of the League’s By-Laws concerning membership and dues.  To further the goal of making the ASL Constitution and By Laws more usable, this proposal collects all current language concerning membership in this one by law.   The proposed amendments clarify and update the By-Laws to align with the League’s current practices as well as incorporate the provisions that are currently covered in Amendments 20, 21, and 30. The amendments proposed are to the By-Laws as amended on April 21, 2021.

The following language replaces in entirety the current By-Law I, By-Law VIII, By-Law XVII, and Amendments 20, 21, and 30.

To be eligible for membership, a person must be: (i) a student who has taken at least 210 hours of in-studio, instructor-led classes at the League, or (ii) an instructor who has taught in-studio at the League for one regular session or three summer sessions.

An eligible person shall be nominated for membership via the following process: (i) proposal by a sponsoring Member and two supporting Members, all in good standing, (ii) registration of the eligible person’s name and address in the Member Book together with signatures from the sponsoring and supporting Members, (iii) diligent inquiry by or on behalf of the Board of Control confirming eligibility, and (iv) recommendation of the Board of Control (in accordance with Article III of the League’s Constitution).

The names of nominees together with their respective cities of residence and the names of their sponsoring Members shall be posted on the League’s Bulletin Board for no less than thirty days before the meeting where the nominees are presented to the membership for a vote. Nominees are elected in accordance with Article III of the League’s Constitution.  Thereafter, the Secretary shall notify all persons newly elected to the membership so that they may accept membership by agreeing to the League’s policies, including the Student Code of Conduct, and complying with the requirements of Article III of the League Constitution. Persons newly elected to membership may not vote at the meeting where they were elected and may not exercise rights of membership until completing their obligations under Article III.

Members who are Active Members and “in good standing” have all the rights and privileges of membership as set forth in the League’s Constitution and By-Laws, including the right to vote on matters before the membership, to make nomination proposals, and to be counted as part of a quorum and for purposes of the minimum number of signatories for a petition.

Members are Active Members as long as they have attended or voted at two meetings within the twelve months preceding any exercise of their rights of membership. Members who have not attended or voted at two meetings within that 12-month period are automatically deemed Inactive Members. The Board of Control may conduct a query of its Members from time to time by mail or other means to determine each Member’s desire to maintain active voting status. Any Member who does not respond affirmatively in writing to any such query within 60 days of the date of the query notice will be deemed to have elected to become, and shall thereupon become, an Inactive Member. Inactive Members in good standing have the same rights and privileges as Active Members except that they don’t have the right to vote, make nomination proposals, be counted for purposes of the minimum number of signatories for a petition, or receive ballots and member notices. Inactive Members shall be reinstated as Active Members either: (i) immediately upon showing up in attendance at any Annual, Business, or Special Meeting, at which they shall be entitled to exercise all rights as an Active Member, including to be counted as part of a quorum and to vote, or (ii) 30 days after submitting a written request for reinstatement to the Board of Control.

Members are “in good standing” when they are current on all membership dues, tuition, and fees and haven’t been suspended or expelled from membership by the Board of Control.  Members in arrears for more than 90 days are not in good standing and are not entitled to any privileges of membership until all unpaid dues, tuition and fees have been paid. Members in arrears or who have not renewed their membership for more than 15 months shall be dropped from the membership rolls.  Persons dropped from League membership rolls due to arrears or non-renewal may be reinstated as Members in good standing upon paying any arrears, applying to the Board of Control, and receiving Board of Control approval for reinstatement. Reinstated Members shall have the rights and privileges equal to those of newly elected Members except that the preceding years of active membership shall be included in the ten-year period required for Life Membership.

Members in good standing who have completed ten full years of membership after the year they were elected, and who have made eleven annual membership dues payments, shall become Life Members. Life Members have all the same rights, privileges, and obligations as Members except that they are exempt from paying membership dues.

The membership may elect Honorary Members at the Annual Meeting by a four-fifths vote upon the unanimous nomination of the Board of Control, provided that the names of the candidates for honorary membership have been posted on the League’s Bulletin Board thirty days in advance of the Annual Meeting. Honorary Members are exempt from payment of membership dues. However, they must sign the League’s Constitution and By-Laws prior to exercising any honorary membership rights. Honorary Members in good standing shall have the right to receive the same benefits as may be offered to Members and shall have the right to attend and be heard at membership meetings, but shall not have the right to vote, to be counted for purposes of a quorum or the minimum number of signatories for a petition, or to serve on the Board of Control.

The following changes were approved at the April 21, 2021 Meeting.

1. EXECUTIVE DIRECTOR, EMPLOYEES AND AGENTS
This new By-Law expressly recognizes that The League has a professional, full-time administration led by the Executive Director. Though this structure has been in place for 70 years or more, it has never been part of our By-Laws. The proposed new By-Law (not yet numbered) states in its entirety:

Additionally, the Board of Control may from time to time appoint such other employees and agents as it shall deem necessary to carry out the mission and management of the League.

2. BOARD PRESIDENT AND VICE PRESIDENTS
The proposed changes to By-Laws III: PRESIDENT and IV: VICE PRESIDENTS update them in accordance with League practice and culture. They also change the process for replacing a vice president who leaves office during their term. The change gives this responsibility to the Board rather than conducting a special election. A special election remains the process for choosing a successor to a President who leaves office.

In addition to the foregoing, the President shall perform all duties customarily carried out by the president of a not-for-profit organization and such other duties as from time to time may be agreed upon with the Board of Control.

In case of the resignation, disability, or death of the President, the Board of Control shall call a Special Meeting of the Members to be held within thirty days thereafter for the purpose of nominating and electing a successor for the remainder of the term.”

3. TREASURER
These proposed changes would revise and update By-Law V: TREASURER. The duties described therein would be updated in accordance with League practice, industry expectations and law. Key provisions would:

Set forth the discrete responsibilities of the Treasurer with clarity and in a manner aligned with New York State Law, the needs of the League, and good practices.

Set forth the requirements for the annual report as required by New York State Law to be overseen by the Treasurer.

Address contracting and spending authority of the Treasurer in a new By-Law.

Establish an indemnification and insurance provision that makes indemnification mandatory with regard to Board of Control members and officers and permissive with respect to League employees and agents.

The new Amendment being proposed by the Board of Control and the Constitutional Reform Committee for member approval at the January 27 Members Meeting would consolidate several sections dealing with Board of Control elections under By-Law XII, which makes the process easier to understand. The proposed Amendment would also add language to obligate The League to hold a “meet the candidates forum” each year during the campaign season. You can see the full mark-up in the document below:

Amendment Regarding Meet the Candidates Forum an Consolidating Election Processes

The following documents  explain and set out Amendments to the League’s Constitution and By-Laws approved by the Board of Control October 27, 2020 for consideration at the League’s Annual Members Meeting Scheduled for December 2, 2020.

Amendment A  re language improvements

Amendment Proposal A
This series of changes updates the Constitution and By-Laws to use gender neutral terms and to correct inconsistent use of certain defined terms. For example, the pronoun “He” referencing the President would be replaced with “The President.” These updates make no substantive changes to the meaning or intent of any provisions of the Constitution or By-Laws.

Amendment B re Secretary etc

Whether all Board Members are “Officers:” The Amendment would remove the designation of all BOC members as officers in the Constitution, because “officers” has a defined meaning in the law which may not apply to all Board members. This action would not have any immediate effect, because Board members are also considered officers in the By-Laws. But because the Constitution can only be amended at the December annual meeting, this change provides flexibility in case we decide to make a similar change to the By-Laws in 2021.

Amendment Proposal C
The primary purpose of this Amendment is to expressly permit electronic participation in League meetings to the extent permitted by law, as well as clarifying other language concerning meetings. (The League has been conducting electronic meetings this year under special New York State rules put into place during the COVID emergency.)

Amendment Proposal D
This Amendment would clarify that Members can be elected at the Annual Meeting as well as other Member meetings in addition to just at Business Meetings.