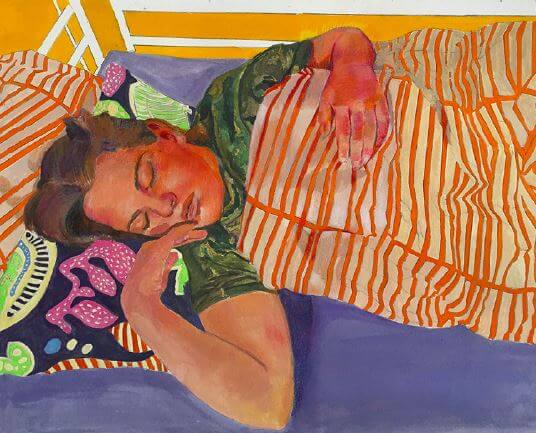 Michele Liebler has had several solo and group exhibitions in New York City. She is a native New Yorker and continues to work in her studio in Brooklyn to produce works of art for her upcoming exhibitions. Eileen Watkins, writing in Star Ledger, called Liebler a “soulful” painter who “has a particular gift for giving inanimate objects personalities. And from the exhibition Re-Figuring the Figure, William Zimmer, in The New York Times, characterized Michele Liebler’s work by remarking, “looking outward is something of a leitmotif.” He described her tense, frontal Self-Portrait in the Studio as “compelling.” She received her B.F.A., Magna Cum Laude from Purchase College in painting and drawing and her M.F.A. from Brooklyn College. She also studied with Mary Beth McKenzie and Burt Silverman.

Liebler has exhibited in such venues as Parrish Art Museum, Arnot Art Museum, National Academy Museum, Butler Institute of American Art, College of Notre Dame, University of Pittsburgh, and private collections internationally. She has received numerous awards including an Elizabeth Greenshields Foundation Grant, GIP Grant, Horlick Painting Award, the Charles L. Tenenbaum Award, CUNY Graduate Investment Research Grant, Ralph Weiler Prize, the Stefan Hirsch Award, the Edward Mooney Traveling Scholarship, and Arnot Art Museum Award for Painting. She is represented by First Street Gallery in NYC. Her work is in many private collections both in the U.S. and abroad. She has years of experience teaching workshops and classes at the National Academy Museum & School and at The Art Students League.