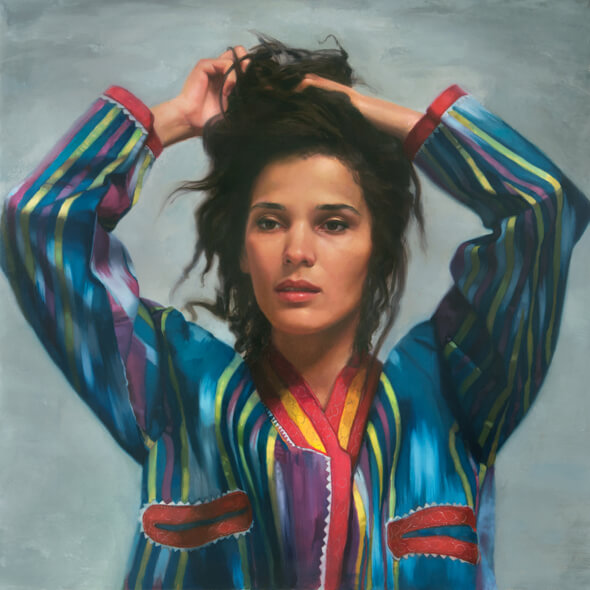 Sharon Sprung teaches Contemporary Realism figure painting in oil from the model. She attended Cornell University and studied at the Art Students League and the National Academy of Design. She has had numerous one-person shows at Gallery Henoch in New York City, most recently in 2013. Currently, she has paintings in the Contemporary Realism Biennial, at the Fort Wayne Museum of Art in Fort Wayne, Indiana, and The Tie that Binds show, part of the Pay It Forward series at the Principle Gallery in Charleston, South Carolina. In 2013, Ms. Sprung had a one-person show at the O’Kane Gallery of the University of Houston, Texas. She has also exhibited in the Self- Portrait and Portrait of an Artist from the 18th to the 21st Century show at the Museum of the Russian Academy of the Arts in St. Petersburg, Russia in 2009 and was included in the Smithsonian Outwin Boochever National Portrait Competition. She is represented by Gallery Henoch and Portraits, Inc. in New York City.

Ms. Sprung’s paintings and portraits can be found in numerous private and corporate collections internationally, including Princeton University, the Federal Courthouse in New York City, the University of Virginia, and the U.S. House of Representatives. In addition, she has received a Lifetime Achievement Award from the National Academy Museum for her work as an artist and an instructor.

She has taught both drawing and painting at the Art Students League of New York and the National Academy School for the past twenty years. In 2014, through the League, she taught a week-long painting, pastel, and drawing workshop in Cuba. In October 2014, she participated in the Portrait & Figure Festival with the Art League in Old Town Alexandria, Virginia. In addition to her studio teaching, she has made two instructional DVDs, both produced by Artists Network: Understanding Values in Skin Tones and Painting Facial Features. There is also an Oil Painting Demonstration of the Figure (produced by The Art Students League of New York) on The League’s YouTube channel.