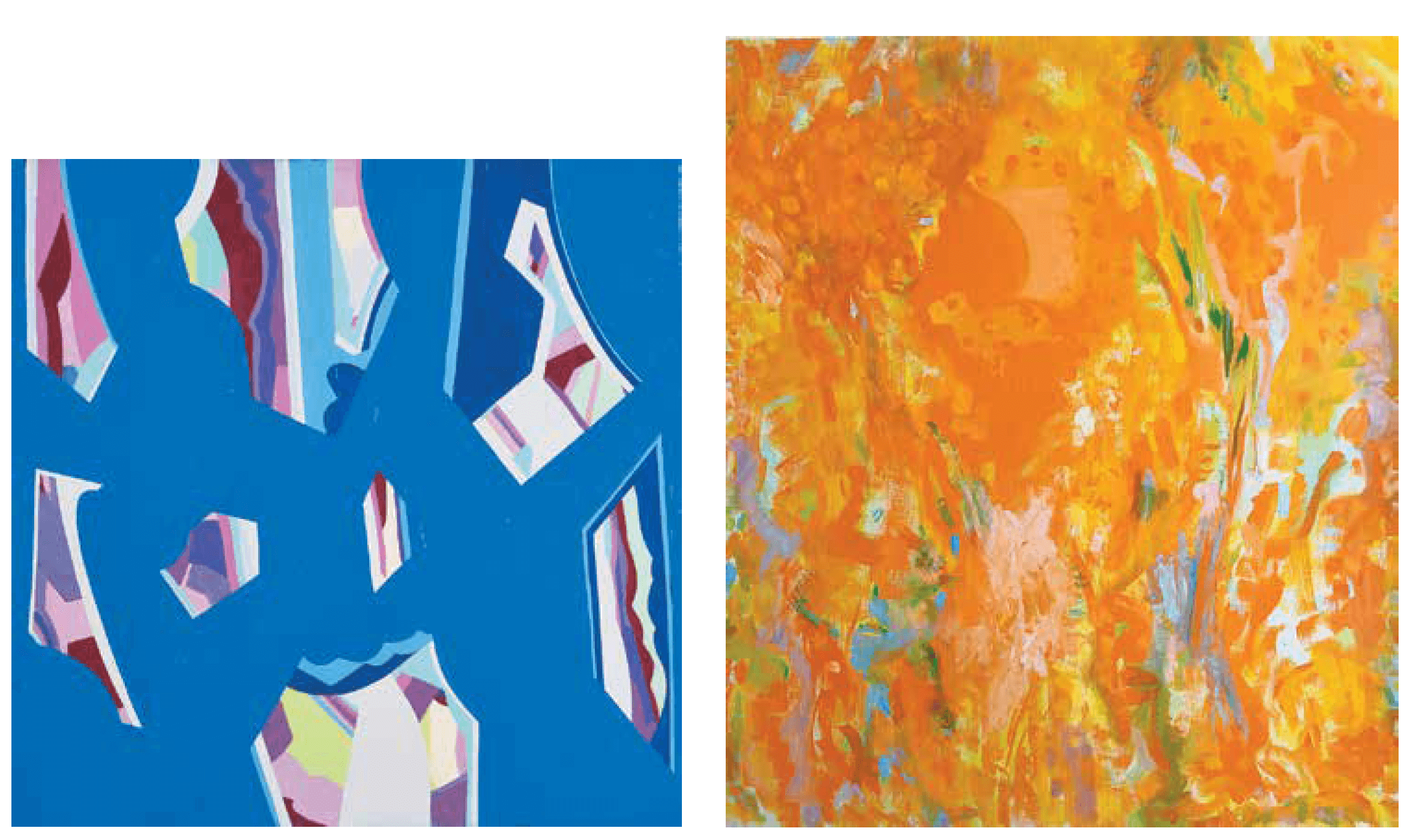 Peter Golfinopoulos studied at the Art Students League of New York and Columbia University. He taught at Columbia University for ten years. Mr. Golfinopoulos has received numerous awards, including a Guggenheim Fellowship. He is represented in many museums and in private and corporate collections. He had a long association with the Charles Egan Gallery and later exhibited at the James Kronen Gallery and the Marian Goodman Gallery.

Donna Mitchell spent ten years in Paris attending art history lectures at the Sorbonne and painting and drawing classes at the Academy Julian. When she returned to New York she caught up with childhood friend James Kronen, later exhibiting at his gallery:

“Through Jimmy I enjoyed friendship with the witty, frighteningly intuitive Charles Egan, and the most kind, most generous Harvard Arnason. Between their combined insights and understandings—in addition to introducing me to artists whose ideas, and ways of working were new to me—my world expanded. I found myself squarely in the present. Now I have the opportunity to share what I’ve been given.”