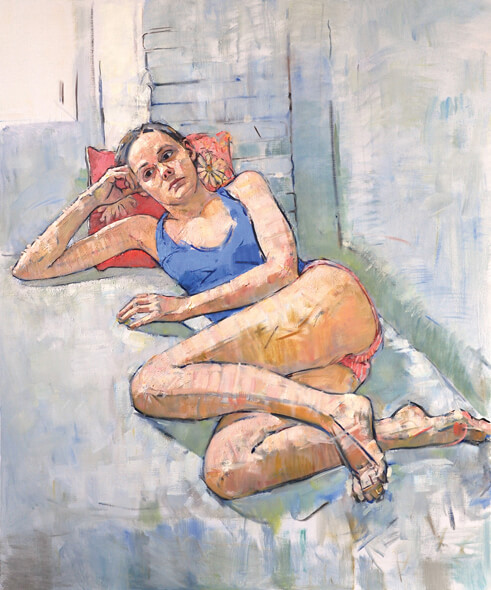 Mary Beth McKenzie always works directly from life, with many of her subjects being friends and family. She is able to match her impressions with a concern for the formal aspects of pictorial construction. There is always a subtle mood to her work. She has said, “When I paint someone, I am less concerned with likeness than with the character or spirit of that person.”

Ms. McKenzie was born in Cleveland. She studied at the Art Students League of New York, the Boston Museum of Fine Arts, the Cooper School in Cleveland, and the National Academy. Her teachers were Robert Philipp, Robert Brackman, José Cintron, Daniel Greene, and Burton Silverman.

Watson-Guptill published Ms. McKenzie’s book, A Painterly Approach, in 1987. Her work was on view at the Metropolitan Museum of Art as part of the Looking At You exhibitions in 2001 and 2009. Her work Trapeze Artist was on view in a circus installation in the Johnson Gallery for Prints and Drawings at the Metropolitan Museum of Art (August 28–November 18, 2012). Also on view was her Self Portrait (Life Masks) at the National Academy Museum in an exhibition on women’s portraits from the collection, Her Own Style: An Artist’s Eye With Judith Shea.

Ms. McKenzie currently teaches at the Art Students League and was  elected to full membership in the National Academy of Design in 1994.