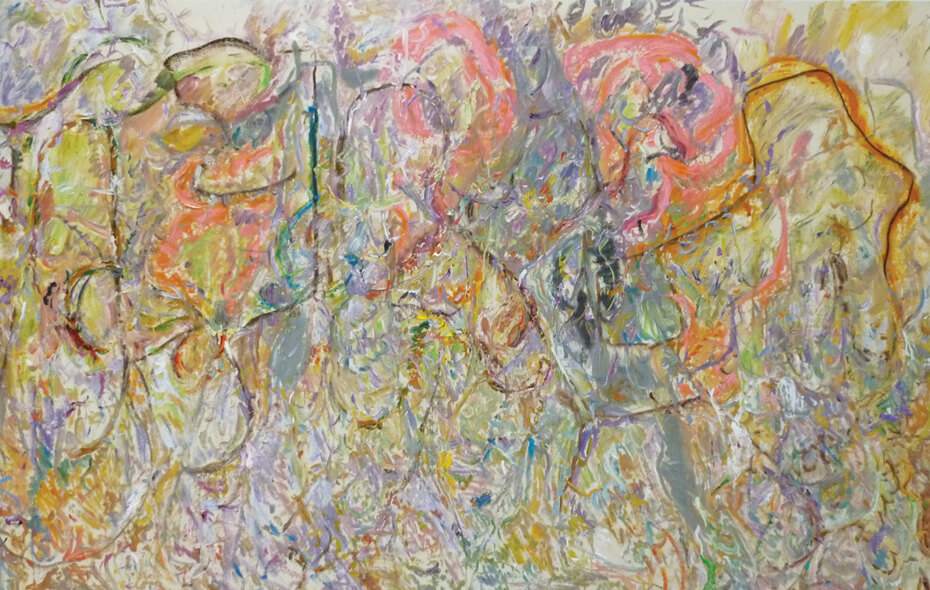 Larry Poons’s lyrical color paintings were first exhibited at the Greene Gallery in 1962, where they left an immediate impression upon the artists, critics, and collectors who saw the show. He quickly became the most talked about of the new generation of artists of the sixties. During that period, his work was included in exhibitions at the Museum of Modern Art and the Whitney Museum of American Art, where he was represented in the show Art of the United States: 1670–1966.

Born in Tokyo and raised in the United States, Mr. Poons attended the New England Conservatory of Music and the Boston Museum School. He taught painting at the Art Students League of New York from 1966 to 1970, and returned to teach at the League in 1997.

Mr. Poons is currently represented by Danese and by Loretta Howard Gallery, both in New York City.