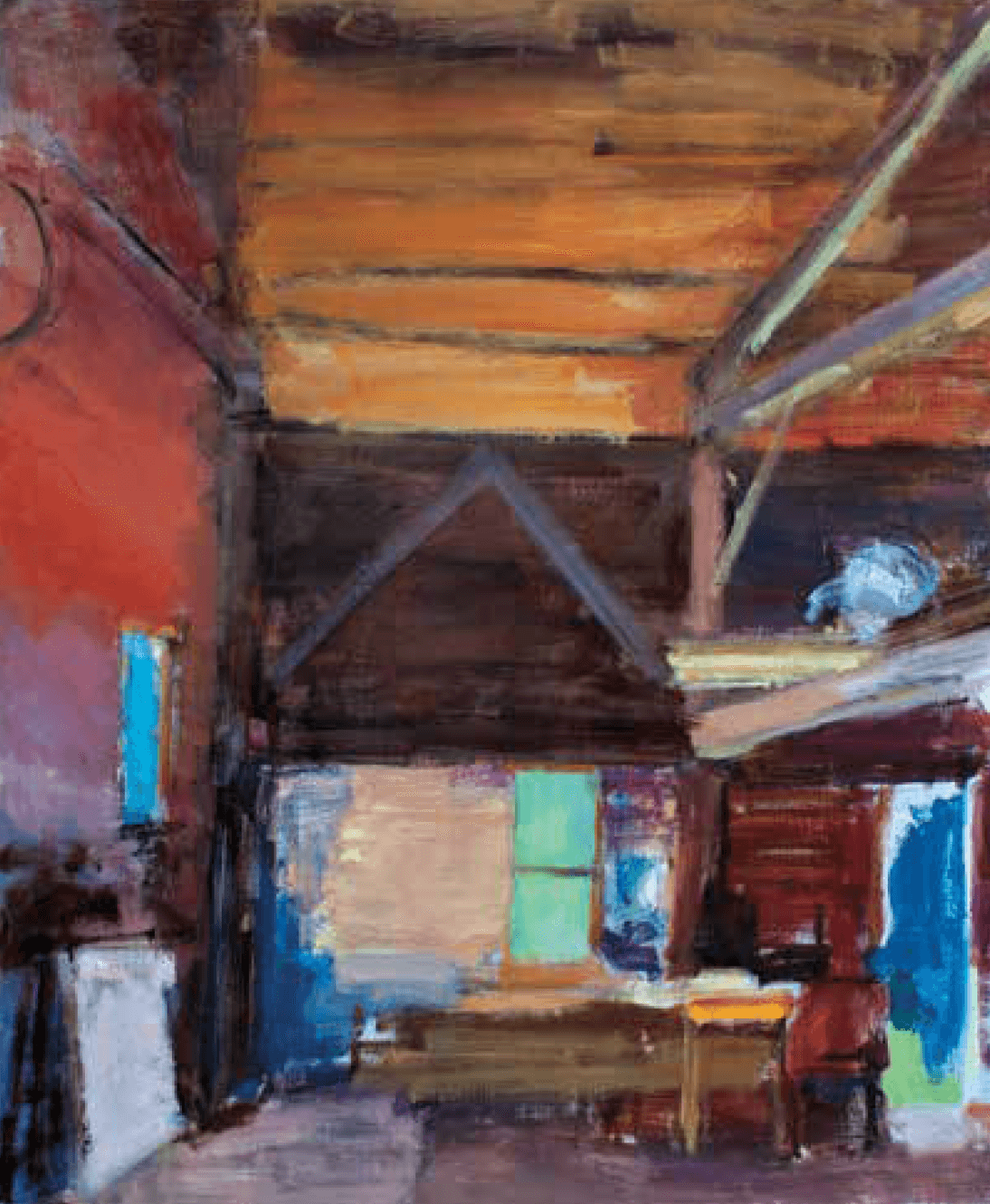 Henry Finkelstein studied at the Cooper Union with Rueben Kadish and Nicolas Marsicano and at the Yale School of Art with Lester Johnson. He has taught at the Hartford Art School, the College of William and Mary, Pratt Institute, the New York Studio School, and the Washington DC Studio School. In 1983 he received a Fulbright Fellowship for Painting in Italy. Since then he has received numerous awards, including a French government grant and the Julius Hallgarten Prize at the National Academy. Finkelstein has had solo exhibitions at the Kraushaar Gallery; the Simon Gallery, Morristown, NJ; the Valley House Gallery, Dallas, TX, and the Between the Muse Gallery, Rockland, ME. His work has also been exhibited at the Tibor de Nagy Gallery, the Ingber Gallery, the Portland Museum of Art, as well as the National Academy Museum.