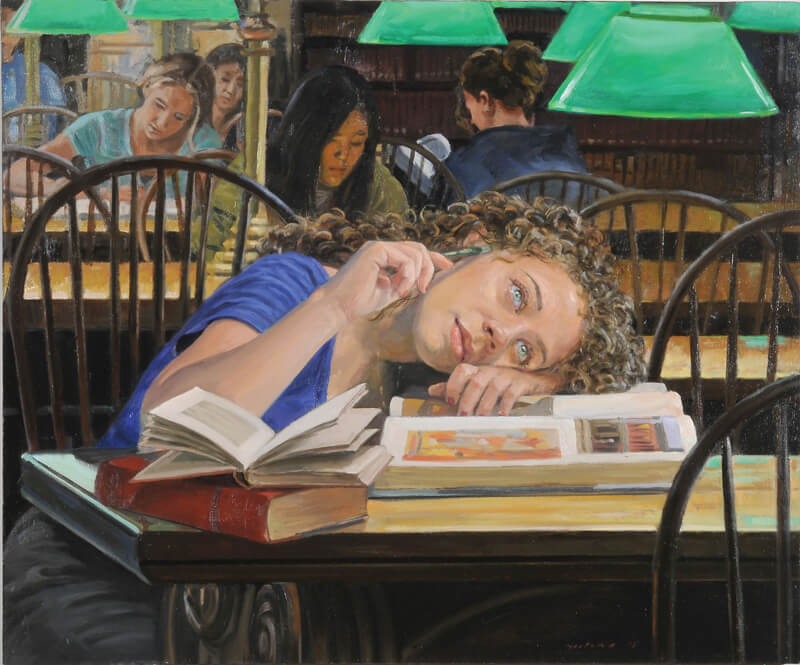 Dean Hartung studied at Kent State University, the School of the Art Institute of Chicago, the Cleveland Institute of Art, and the Skowhegan School of Painting and Sculpture. After college, he was an assistant to Jack Beal on several large paintings and projects, including the mosaic subway mural commission in New York City. He also received a fellowship to attend the La Napoule Art Foundation and was invited to paint at the Forbes Trinchera Ranch in Colorado.

Mr. Hartung’s paintings have been included in many museum and gallery exhibitions, including several one-man shows at Gross McCleaf Gallery in Philadelphia. He has been commissioned to create several important murals, including nine for Montefiore Hospital and six for the Delaware County Courthouse. Mr. Hartung’s paintings are in private and public collections, and he is currently working on a large private commission.

Mr. Hartung has taught at several institutions, including the New York Academy of Art, the National Academy of Design, Pennsylvania State University, Swarthmore College, and the Community College of Philadelphia. He received special recognition from the Ohio House of Representatives in 1998. In December 1994 he was featured on the cover of American Artist magazine, and in March 2007 he was included in American Artist magazine’s cover article, “Into the Heart of the West: 20 Interpret the Forbes Trinchera Ranch.”