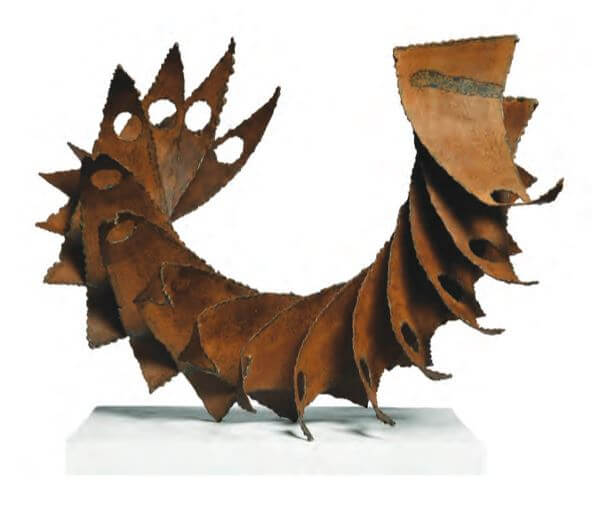 Anne Stanner has an M.F.A. from the City College of New York and studied at the Art Students League, where she received a merit scholarship. Ms. Stanner has taught art in New York City public schools and served as assistant welding instructor at the Educational Alliance Art School. She has served as president of the New York Society of Women Artists, and is currently vice president. She is also president of Sculptors’ Alliance Inc. and treasurer of the City College Art Alumni Association. She has exhibited widely in New York City and environs, and has curated several shows. She was one of seven sculptors in the 2012–13 Model to Monument program. In 2014, she received a career achievement award from the City College Art Alumni Association. She most recently had solo shows at the Tompkins Square Library (2015) and the Art Society of Kingston (2016). This past year, she also had a solo show at the Ottendorfer Library (2017) and a public sculpture , Rockaway Wave, on display from May to October 2017 at Rockaway Beach Park in Queens. www.annestannerart.com