On Tuesday, June 15th, we conducted a live conversation about League alumnus Emilio Sanchez, the first Cuban-American artist to have his artwork featured on USPS postage stamps.

On June 10, 2021, the United States Postal Service will release four postage stamps featuring paintings and lithographs by Cuban American artist Emilio Sanchez (1921–1999). The stamps’ release, timed to    honor the centenary of Sanchez’s birth, provides an opportunity to reflect on the artist’s impact and legacy, of renewed interest among scholars and curators, and which is preserved by the Emilio Sanchez Foundation. 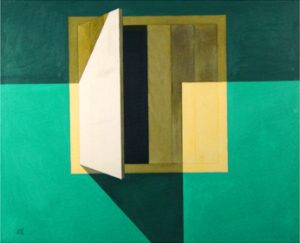 On June 15, to celebrate the USPS stamp release, The League will present a conversation on Sanchez’s life and works, hosted by curator Christian Viveros-Fauné with Victor Deupi, Senior Lecturer at the University of Miami School of Architecture and author of Emilio Sanchez in New York and Latin America, and Erik Stapper, sole trustee of The Emilio Sanchez Foundation. They will be sharing unique stories surrounding the artist’s time in Cuba, at The League, and his career after his studies. Sanchez’s quiet paintings of buildings stand out for their simplified forms where all superfluous details are eliminated. In this way, he captured the effect of light on color making it vibrant. Though his buildings are often devoid of visible inhabitants, they strongly suggest the life that has been and could be part of the space. The light and feeling of loneliness is said to be reminiscent of certain works by the American painter Edward Hopper.

Victor Deupi is a Senior Lecturer at the University of Miami School of Architecture. His research focuses on the art and architecture of the Early Modern Spanish and Ibero-American world, mid-20th-century Cuba, and contemporary architecture. His books include Architectural Temperance: Spain and Rome, 1700-1759 (Routledge, 2015), Transformations in Classical Architecture: New Directions in Research and Practice (Oscar Riera Ojeda Publishers, 2018), Emilio Sanchez in New York and Latin America (Routledge, 2020), Cuban Modernism: Mid-Century Architecture 1940-1970, with Jean-Francois Lejeune (Birkhäuser Verlag, 2021), Emilio Sanchez Revisited: A Centenary Celebration of the Artist’s Life and Work, with LnS Gallery (Oscar Riera Ojeda Publishers, 2021), and Stables: High Design for Horse and Home and Wineries of the World: Architecture and Viticulture, both with Oscar Riera Ojeda (Rizzoli, 2021). Dr. Deupi was also the President of the CINTAS Foundation dedicated to promoting Cuban art and culture from 2016-2018. 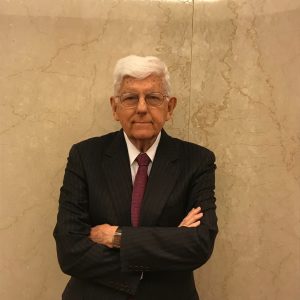 Erik Stapper: In 2018 the partners of Stapper & Van Doren closed the boutique Manhattan law firm that Erik Stapper co-founded in 1976. He was one of three partners who joined Davidson, Dawson & Clark, LLP as Senior Counsel. In that capacity he continues to advise on cross-border tax planning for dual nationals or residents, including artists and art collectors, geographically widely spread families, small businesses or philanthropic organizations. He has been a panelist around the world on international tax and art law topics and has contributed articles, chapters and commentary for programs sponsored by various professional associations and publishers. For more than 40 years he has been in the forefront of advising visual artists on preserving their artistic legacies through the formation and operation of an artist funded private foundation. As sole trustee of the Emilio Sanchez Foundation he has encouraged and overseen for two decades the   cataloging, retrieval, publication, exhibition, sale and donating of the mostly unknown and disorganized 7,000 works left by the artist. Erik is overwhelmed and grateful to see the art of that Cuban American painter celebrated with the issue of a pane of 20 Emilio Sanchez Forever Stamps accompanied by a portrait of the artist on the occasion of his 100th birthday.

Christian Viveros-Fauné: Christian Viveros-Fauné (Santiago, 1965) has worked as a gallerist, art fair director, art critic and curator since 1994. He was awarded the University of South Florida’s Kennedy Family Visiting Fellowship in 2018, a Creative Capital/Warhol Foundation Grant in 2009 and named Critic in Residence at the Bronx Museum in 2011. He has curated numerous museum exhibitions around the world and has been a lecturer at Yale University, Pratt University and Holland’s Gerrit Rietveld Academie. He presently serves as Curator-at-Large at the University of South Florida Contemporary Art Museum and writes about art and culture for the Village Voice. His most recent book, Social Forms: A Short History of Political Art, was published by David Zwirner Books.

Printable Press Release
A recording of the full conversation will be viewable on The League’s Facebook page and YouTube channel. 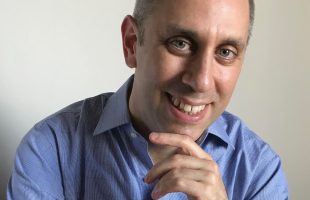 Benjamin Wolff on The Value of Immeasurable Things 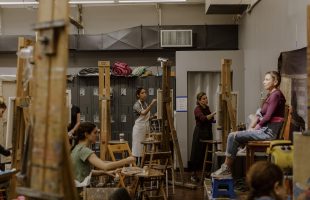