Multi-talented and fearlessly forward thinking, Argentine-Italian artist Leonor Fini was a contemporary and friend to Max Ernst and Salvador Dalí but she rejected the Surrealist movement’s traditional view of woman as muse. One of the most extraordinary creative minds of the twentieth century, Leonor Fini created art that explored the masculine and feminine, dominance and submission, humor and eroticism – the latter being the most recurrent theme of all in its relationship to identity. Her admirers have included Andy Warhol, Madonna, and recently Maria Grazia Chiuri of Dior, whose Spring 2018 collection was dedicated to the artist. Leonor Fini: Theatre of Desire 1930-1990 spans two floors and features rare paintings, drawings, artist books, films, costume designs, ephemera and never-before-seen photographs from the Leonor Fini Archive in Paris.

About Lissa Rivera
Lissa Rivera is an artist and Curator at the Museum of Sex, NY. Since 2016, Rivera has curated and produced six exhibitions for the Museum of Sex, with a focus on modern and contemporary art. Rivera strives to include traditionally underrepresented voices regardless of formal education or exhibition history. Rivera’s most recent curatorial effort, Leonor Fini: Theatre of Desire, 1930-1990 is the first US Museum survey dedicated to Fini. Rivera served as curator for Canon: Juan Jose Barboza-Gubo & Andrew Mroczek, Night Fever: New York Disco 1977–1979, The Bill Bernstein Photographs, co-curator of Punk Lust: Raw Provocation 1971-1985 and NSFW: Female Gaze, and producer of Known/Unknown: Private Obsession and Hidden Desire in Outsider Art.

Rivera received her MFA from the School of Visual Arts, where she became fascinated with the social history and evolution of identity, sexuality and gender in relationship to material culture. Her personal work, which has been exhibited internationally, is held in numerous public collections and has been published in Artforum, The New York Times and Harper’s Bazaar among others. Selected honors include the Magnum Photography Award for Portraiture. Rivera’s work is currently the subject of the solo exhibition Beautiful Boy at Millbrook School’s Warner Gallery. She is represented by ClampArt, New York.

We gratefully acknowledge Tom Harvey and Cathie Black for their generous support of the Gallery Lectures. 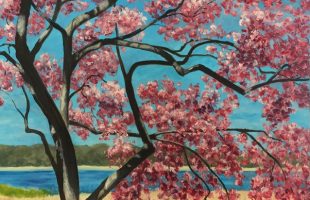 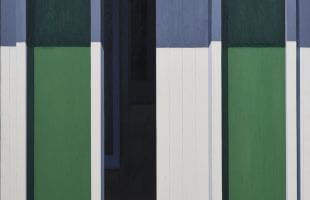