The Art Students League of New York, in partnership with the Romare Bearden Foundation, is honored to present Creating Community. Cinque Gallery Artists on view May 3–July 4, 2021. The exhibition is the first introductory survey to focus on Cinque Gallery, the innovative non-profit artists’ space dedicated to promoting the achievements of Black artists from its founding in 1969 until its closure in 2004. The exhibition celebrates a diverse selection of late twentieth century and contemporary artists who participated in this pioneering collaborative enterprise and highlights the interconnected histories of the artists of Cinque Gallery and The Art Students League.

Founded in 1969 by three master League artists, Romare Bearden (1911 – 1988), Ernest Crichlow (1914 – 2005), and Norman Lewis (1909 – 1979), Cinque Gallery was created to “provide a place where the works of unknown, and neglected artists of talent…” primarily minority artists “would not only be shown but nurtured and developed.” (Excerpts. 1969 Cinque Gallery by-laws) The artist-led, nonprofit space fostered a mutually supportive community of artists young and mature, exhibiting the work of new and established African American artists for nearly four decades.

Relying on a series of volunteers, Cinque Gallery hosted solo, group, and touring exhibitions, presenting artwork by approximately 450 artists in its 35-year history and was known for its lively receptions and social events attracting writers, musicians, actors, and artists. Named after Joseph Cinqué, the leader of the Amistad slave ship mutiny of the 1830s, the Gallery was initially located in a space offered by Joseph Papp’s New York Public Theatre. Cinque then later moved to various venues, before finally re-locating in 1988 to 560 Broadway in Soho, where it remained until its closing in 2004.

“The League is honored to present Creating Community: Cinque Gallery Artists, paying tribute to this important collaborative enterprise and the contributions of its artists, including many former League instructors and students,” said Michael Hall, the League’s Artistic & Executive Director. “The mission of the League reflects that of Cinque in terms of ethos and access – a platform created by artists to develop and showcase the work of other artists and foster a creative community through mentorship. In this spirit, we are committed to providing accessibility for the next generation of artists and cultural producers through our affordable classes and free programs.”

Creating Community. Cinque Gallery Artists is supplemented by a series of online public programs and recent artist interviews organized by Guest Program Curator, Nanette Carter. The talks are available to view online and feature artists including Ray Grist, Frank Wimberley, Robin Holder, and Otto Neals, among others. An illustrated exhibition catalog features never-before exhibited archival images and documents with contributions from Cinque Gallery artists. Presentation of the exhibition was assisted by The League’s inaugural curatorial fellow, Jewel Ham. The objective of The League’s Curatorial Fellowship Program is to provide quality experiences and mentorship for graduate students from backgrounds generally underrepresented in the arts and to facilitate their transition from academic to professional careers. 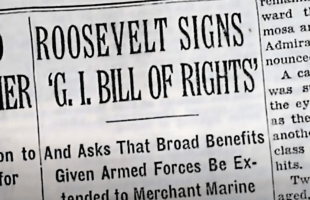