While gaining knowledge of the fundamental principles of perception— light, plane-structure, tonal value, perspective, proportion— students in Costa Vavagiakis’s classes will learn to construct images that realistically and accurately interpret the anatomical architecture and movement of the human form in space. This solid will enable students to express their personal creative vocabulary more clearly and effectively. The drawing classes will consist of short and long poses, acquainting students with the preliminary process of understanding the essentials of the figure in space and providing the opportunity to develop a more complete drawing. The painting class will consist of two-week and four-week poses, allowing students to delve into the painting process in order to attain both concise and fully-realized paintings.
These classes work from the nude and clothed model with short poses and three-week poses in the drawing classes, and with poses lasting two and four weeks in the painting class.

His work is held in numerous public and private collections throughout the United States including the Museum of the City of New York, the New-York Historical Society and the Arkansas Art Center.  He has been the recipient of many distinguished awards, including the Pollock-Krasner Foundation Grant and the Gregory Millard Fellowship from the New York Foundation for the Arts. Costa Vavagiakis is featured in publications such as Portrait Painting Atelier; Curve: The Female Nude Now, and in articles in Drawing Magazine, American Artist, American Artist Drawing and The Artist’s Magazine, among others.

He has taught at the National Academy of Design School, the New York Academy of Art, 92nd street Y and Brooklyn College. He is currently on the faculty at the Yale School of Drama, the Gage Academy and at the Art Students’ League of New York, where he has taught for over two decades. 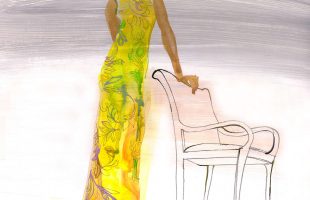 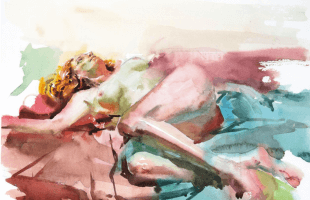 The Figure in Watercolor (Online) 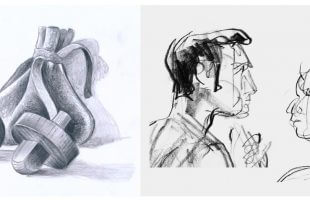