This class works from the nude and clothed model with poses generally last eight weeks. 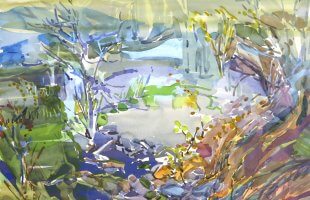