To understand the abstract body, you have to understand the representational body. These courses will teach you how to command an understanding of the mechanisms of anatomy so you can venture into expressive forms. This does not mean you cannot understand both. Your strength of color will be examined on an individual level, and developed over the course, beginning with a limited palette in order to grasp values and build solid color constructions. Concepts and elements of composition will be developed expressively/allegorically to create an awareness of form in space through image construction and techniques. On Saturdays, the still life will be available in addition to the model. A certain level of commitment is expected. Individuation in teaching is stressed in order to find personal vision in art over the course of the year.

Naomi Campbell has painted in watercolor for over thirty years. She is a graduate of Champlain College, Quebec, Canada; was classically trained in painting, drawing, and printmaking at The Art Students League of New York; and has studied at the University of Guelph, Ontario, Canada; School of Visual Arts, New York; and with many nationally recognized watercolor artists. Her Honorary Signature Memberships include the National Watercolor Society and the Transparent Watercolor Society of America.

Ms. Campbell has won several awards for her work, in watercolor and other media, including four Gold Medals of Honor. Her figurative work has been featured in numerous art magazines and twenty-two books on multiple media, including American Artist and Watercolor Artist magazines, Painting Lessons from the Art Students League of NY, Pure Color: The Best of Pastel, and 100 Mid-Atlantic Artists. Recent feature articles have appeared in the Brooklyn Rail, Sculpture magazine, and Watercolor Artist magazine.

She has participated in almost two hundred exhibitions nationally and internationally, in such places as France, Italy, Germany, Japan, and Korea. Her work is in international and national public, corporate, and private collections, including the MTA New York City Arts and Design Bronx Zoo Subway Station, the ASPCA, Maimonides Hospital, and Swift Pan-Americas, all in New York City. Her work is also in the permanent collections of the City of New York; the City of Irving, Texas; the City of Geochang, Korea; The Art Students League of New York; and the Trenton City Museum, New Jersey.

She has contributed to art journals and magazines and has been an invited guest lecturer/critic and judge at several schools and art organizations, including Lehman College, City University of New York; and the Vytlacil Residency Program, NY. In addition to watercolor, Ms. Campbell works in pastel, oil, acrylic, mixed media, printmaking, installation, sculpture, the digital image, and public art. 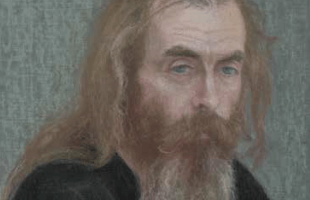 Painting the Portrait and Figure in Pastel (online) 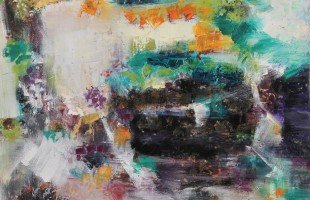 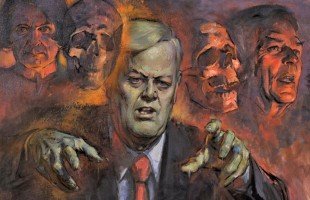